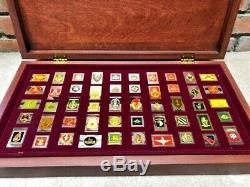 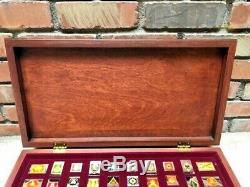 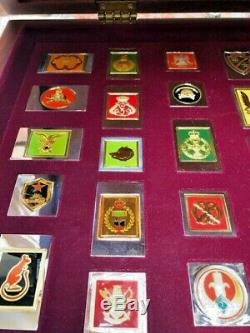 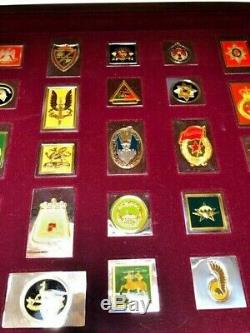 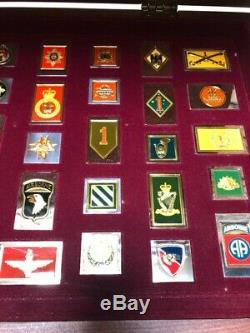 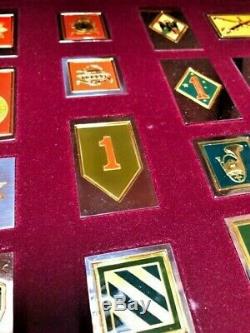 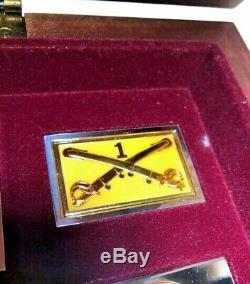 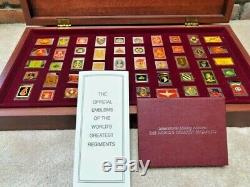 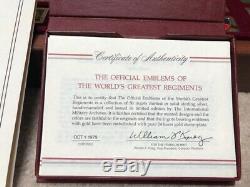 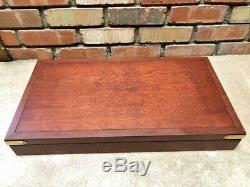 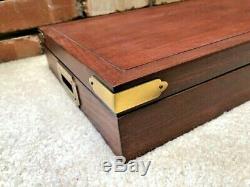 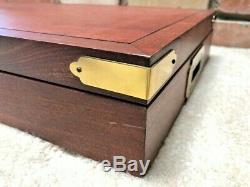 100% complete in mint condition; includes all paperwork and COA. This is a collection of 50 ingots minted in solid sterling silver, hand-enameled and issued in limited edition by The International Military Archives. The colors are faithful to the originals.